The Association of  Concerned Small Scale Miners has stated that its members have packed out of their permit to avoid harassment by military personnel under the government’s "Operation Halt" exercise.

The Association of  Concerned Small Scale Miners has stated that its members have packed out of their permit to avoid harassment by military personnel under the government’s "Operation Halt" exercise.

The Association raised concerns about the government’s approach in the fight against illegal mining, claiming that the destroying of mining equipment has affected some of its members who are duly licensed to operate.

The National President of the Association, Kwadwo Peprah, indicated in an interview that "Operation Halt"’ may affect innocent legal miners, for which reason they have decided to pack out temporarily.

“All small scale miners have packed out because per the order of the Minister, he said the military has been given the mandate to clear all persons mining in forest reserves and people working on the various water bodies.

“As we speak, there is no technocrat among the military to ascertain whether you have your license or not. In order not to fall victim to whatever is happening, we have decided to pack out and see whatever action we can take.”

The government on the other hand has justified the burning of seized excavators used for illegal mining in some parts of the country, despite growing concerns about the approach.

The Minister of Lands and Natural Resources, Samuel Abdulai Jinapor, has said his outfit will use any means necessary to curb illegal mining.

“They are demobilizing the excavators and making them incapable of being used for the illegality they are involved in. What will an excavator be doing on River Pra or River Offin? The destruction you have seen [only means that] extraordinary times require extraordinary measures"

The government has also explained that it is not going after mining licenses, but rather going after the illegality being perpetrated by both licensed and unlicensed miners.

NUGS Commiserates With The Family Of The Deceased Student

"Lack Of Political Will To Eradicate And Restructure National Security Is The Reason...

"Quarterly Reports Will Be Presented On How The Trees Are...

We're Positive The Health Committee Will Soon Address Our...

The Ghana Association of Medical Laboratory Scientists (GAMLS) is positive that...

Africa World Airlines (AWA) has stated that by June 2021,  it will announce a schedule...

For The Past 20-Years I Haven't Set My Eyes On My Childrens... 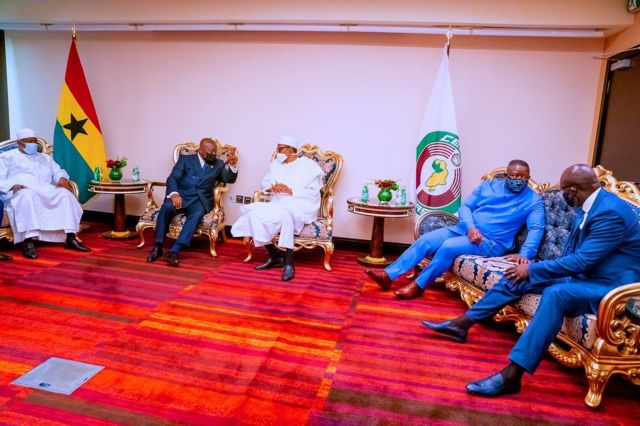 Guinea Coup: 6 Months Given To Military By ECOWAS To Allow...

ECOWAS has given six months to the military junta in Guinea to return the country...

I've Been Falsely Accused Of Witchcraft And Killing My...

Maame Yaa, a mother with 4 children from Ejisu revealed how her stepfather and her...

The current bird flu outbreak in the country is expected to be completely curtailed...