The Chief Executive Officer of the National Youth Authority (NYA), Pius Hadzide, says the government’s interventions to create jobs are attaining their goals by providing adequate jobs for the country’s swarming jobless youth.

The Chief Executive Officer of the National Youth Authority (NYA), Pius Hadzide, says the government’s interventions to create jobs are attaining their goals by providing adequate jobs for the country’s swarming jobless youth.

According to him, the interventions have led to increased production in the country and boosted the country’s GDP.

Mr. Hadzide said the government has confirmed the employment of many young people in factories established under the 1-District 1-Factory initiative and initiatives like the Year-of-Return campaign among others in the agricultural and tourism sectors.

“Generally speaking, these policies are achieving their objectives. We doing the year-of-return, beyond the return, planting for food and jobs and all that is in line with the World Bank’s report which recommends agribusiness and industrialization as areas of opportunity”

“Even in the short-term under 1D 1F alone, we are recruiting about 152,000 young people at the factories directly and indirectly… Millions of people, including young people are benefiting from Planting for Food and Jobs. We have NABCO to augment and make the public service effective,” he added.

Mr. Hadzide argued that while the unemployment situation is alarming and a security threat, it cannot be said that the situation of unemployment is worsening in the country.

Okudzato And Other MP Petition CHRAJ Over 2020 Election-Related...

Speaker Calls For Mutual Respect Between Parliament And...

Ghanaian Graduates Are Miseducated; They Only Attend School... 90% Of The District Debt Cleared, 95% Of Inherited Uncompleted...

American comedian A.J Johnson has passed away at the age of 56years. His nephew...

The Ministry of Education says despite some challenges being experienced regarding...

‘I Made A Mistake On The Cape Coast Habour Comment' - Akufo...

President Nana Akufo-Addo has admitted that he made a mistake in his comment regarding... 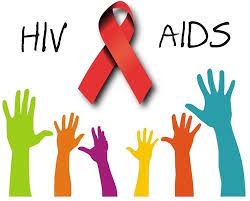 HIV/AIDS In Ahafo Region Quite Alarming Calls For Stakeholders...

The Regional Coordinator of HIV/AIDS in the Ahafo Regio, Mr Frank Bendoh has called...

The governing New Patriotic Party, NPP, says it has zero tolerance for activities...

A bridge that connects two towns, Hemang Nkwanta and Ankaase in the Afigya kwabre...